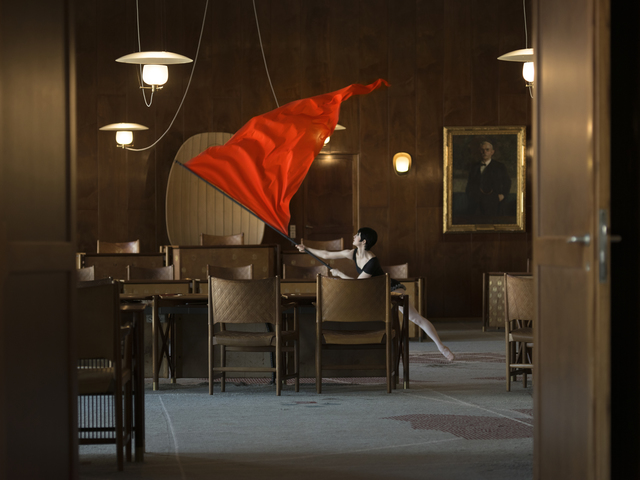 John Zametica, in somewhat welcome contrast, provides a very clear and straightforward analysis of the origins and evolution of the conflict as he understands it. In what follows, I will focus on the different interpretations of the conflict, then investigate the phenomenon of ethnic nationalism, and finally discuss possible outcomes of the present situation.

There are, of course, many different positions on the nature of this complicated war. The three positions outlined are not always coherent or consistent nor do the three books always faithfully reflect them. They can be gleaned from a series of disagreements about the key events and concepts of the war.

Password required. Create an account Forgot your password? Subscribe for instant access to all articles since According to Surroi, most of the international community takes the unofficial position that Kosovo should be declared an independent state. However, there is mounting fear that Russia would block such a declaration in the Security Council and that this decision would bring political instability to the region.

Nevertheless, Surroi argued that Kosovo needs a clear outcome on status-—and soon—-so that it can progress toward a fully accountable democratic society. Surroi said the status decision must address three basic needs: security that eliminates irredentist goals by neighboring countries, political stability, and European integration—-all of which are impossible without independence. Instead, Serbia has expended considerable energy crafting arguments for why Kosovo must not become independent, rather than preparing its electorate and the Serbs living in Kosovo for the separation that appears imminent.

After the status decision is made, an extensive, continued international political and military presence will be necessary, said Christopher Hoh , director for South Central European Affairs in the Department of State. The Kosovars will need to adopt the necessary economic and political reforms, while the European Union should take the lead in guaranteeing the rule of law. The Contact Group's original plan, called "Standards before Status," identifies 13 policy areas that need attention in Kosovo, he said, and there has been significant progress within eight of these areas.

Hoh asserted that it is crucial for Kosovo to implement its new laws to protect national minorities and facilitate local self-governance. Wilson Center Senior Scholar Ross Johnson said the international community and the government in Pristina must ensure the full inclusion of Serbs who comprise about 8 percent of the population as a constituent people of an independent Kosovo. Johnson urged the international community to address certain issues concerning the Serb minority, including protecting property and heritage sites, guaranteeing Serbian representation in the government—-possibly through reserved seats in the cabinet, and opportunity for local self-rule by creating additional municipalities.

Their situation is not made any easier by Belgrade's calls for Kosovar Serbs to boycott elections in Kosovo. Whither Bosnia Meanwhile, in Bosnia and Herzegovina, post-war construction and nation-building has been significant but is far from complete. This trend continued in , according to East European Studies staff, who met a wide range of Bosnian and international officials in Sarjevo in September.

The policy of U. There is debate within the EU over whether the Office of the High Representative—-the international community's envoy in Bosnia-—should be shut down by June The firms are indeed small by global standards. From Slovenia to the Macedonian border with Greece, most people in the region still have a lot in common, even if they do not talk about it much.

Every day the bonds between them, snapped in the s, are being quietly restored. Yugoslavia is long gone; in its place a Yugosphere is emerging.

This huge shift in the daily life of the western Balkans is happening without fanfare. Few people have even noticed it. Those within the sphere take it for granted. Those outside are blithely ignorant.

Perhaps that is not surprising. Good news is no news: the preparatory meeting to set up a south-east European firefighting centre, part of the Regional Co-operation Council, is hardly worth mentioning even in Sarajevo where it took place , let alone anywhere else. Yet it is precisely the fact that soldiers who were fighting one another not long ago now train together, or that firemen co-operate on a routine basis or that everyone from vets to central bankers meets with almost dreary regularity which constitutes the good news.

That Regional Co-operation Council in Sarajevo has been patiently ploughing through a mass of dull, necessary work. It is a process, not an event.

The Yugosphere has its roots in shared experience, in trade and in business. Most former Yugoslavs—Bosnians, Serbs, Montenegrins and Croats—speak the same language with minor variations. Many Macedonians and Slovenes still speak or understand what used to be called Serbo-Croat as a second language. Within most of the region, people can travel freely using just their identity cards. They like the same music and the same food.


But every summer thousands of young people come together at the Exit music festival in Novi Sad in Serbia, and big stars from across the region have no trouble packing in audiences wherever they perform. Much to the irritation of Croatian music executives, the mobile phones of many young Croats hum with the latest Serbian tunes. Pan-Balkan opinion polls show a certain commonality of outlook: people have similar fears, worries and hopes. Gallup's Balkan Monitor, for example, released a survey in June that showed a drop in those wanting to emigrate in every state in the west Balkans. 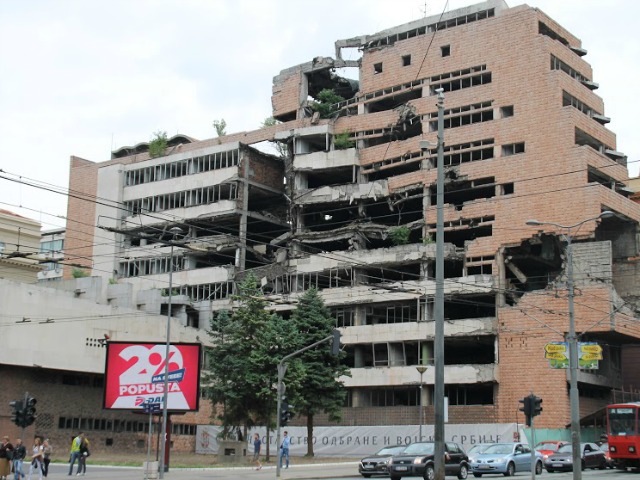 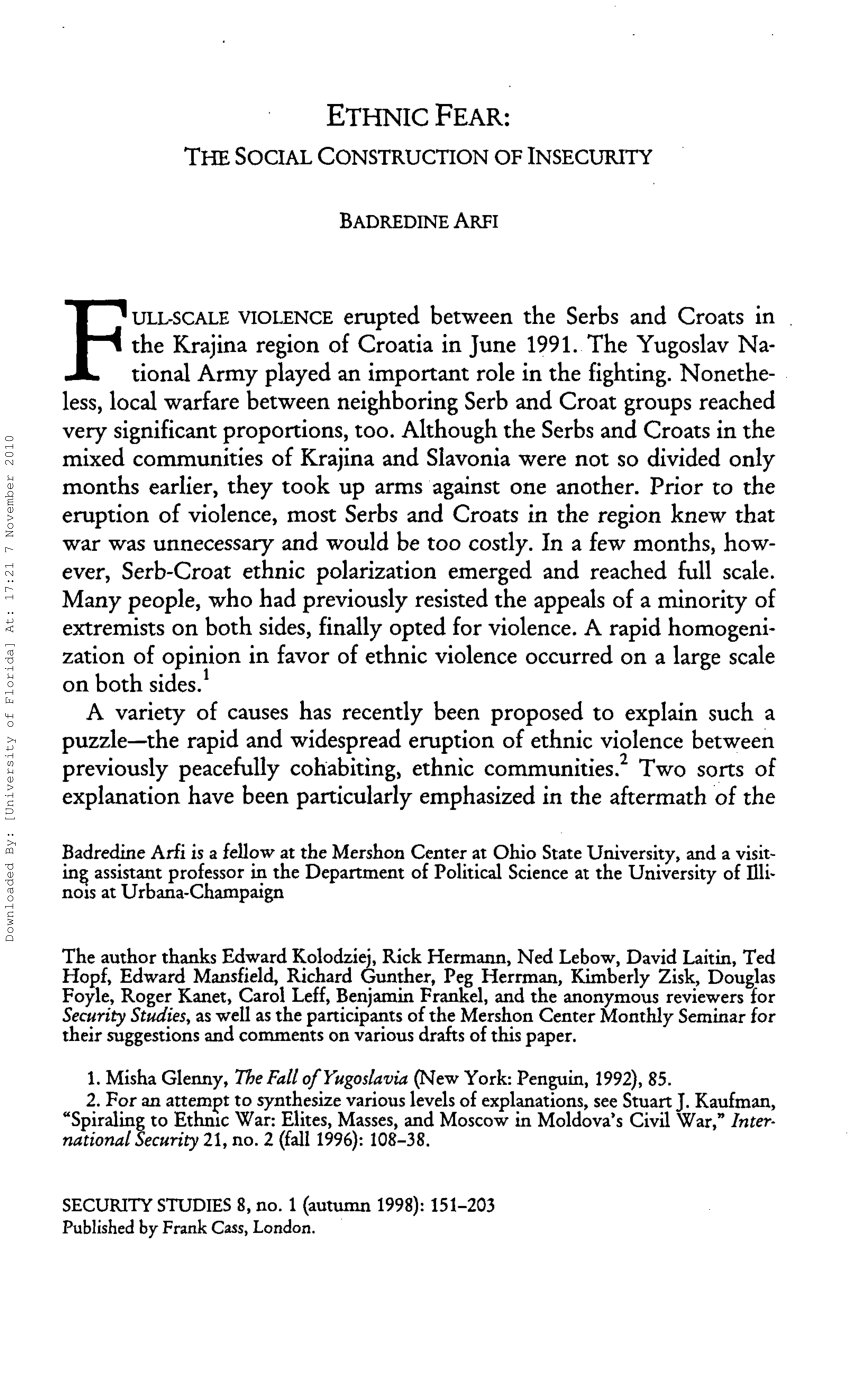 Related The Construction of Fear in the Former Yugoslavia