Yet, to repeat and insist, the attractions are unrelated to democracy. Neither McWorld nor Jihad is remotely democratic in impulse. Neither needs democracy; neither promotes democracy. McWorld does manage to look pretty seductive in a world obsessed with Jihad. It delivers peace, prosperity, and relative unity—if at the cost of independence, community, and identity which is generally based on difference. The primary political values required by the global market are order and tranquillity, and freedom—as in the phrases "free trade," "free press," and "free love.

Multinational corporations sometimes seem to prefer doing business with local oligarchs, inasmuch as they can take confidence from dealing with the boss on all crucial matters. Despots who slaughter their own populations are no problem, so long as they leave markets in place and refrain from making war on their neighbors Saddam Hussein's fatal mistake.

In trading partners, predictability is of more value than justice. The Eastern European revolutions that seemed to arise out of concern for global democratic values quickly deteriorated into a stampede in the general direction of free markets and their ubiquitous, television-promoted shopping malls.

East Germany's Neues Forum, that courageous gathering of intellectuals, students, and workers which overturned the Stalinist regime in Berlin in , lasted only six months in Germany's mini-version of McWorld. Then it gave way to money and markets and monopolies from the West. By the time of the first all-German elections, it could scarcely manage to secure three percent of the vote. Elsewhere there is growing evidence that glasnost will go and perestroika—defined as privatization and an opening of markets to Western bidders—will stay.

So understandably anxious are the new rulers of Eastern Europe and whatever entities are forged from the residues of the Soviet Union to gain access to credit and markets and technology—McWorld's flourishing new currencies—that they have shown themselves willing to trade away democratic prospects in pursuit of them: not just old totalitarian ideologies and command-economy production models but some possible indigenous experiments with a third way between capitalism and socialism, such as economic cooperatives and employee stock-ownership plans, both of which have their ardent supporters in the East.

Jihad delivers a different set of virtues: a vibrant local identity, a sense of community, solidarity among kinsmen, neighbors, and countrymen, narrowly conceived. But it also guarantees parochialism and is grounded in exclusion. Solidarity is secured through war against outsiders. And solidarity often means obedience to a hierarchy in governance, fanaticism in beliefs, and the obliteration of individual selves in the name of the group.

Deference to leaders and intolerance toward outsiders and toward "enemies within" are hallmarks of tribalism—hardly the attitudes required for the cultivation of new democratic women and men capable of governing themselves.

Where new democratic experiments have been conducted in retribalizing societies, in both Europe and the Third World, the result has often been anarchy, repression, persecution, and the coming of new, noncommunist forms of very old kinds of despotism. During the past year, Havel's velvet revolution in Czechoslovakia was imperiled by partisans of "Czechland" and of Slovakia as independent entities.

India seemed little less rent by Sikh, Hindu, Muslim, and Tamil infighting than it was immediately after the British pulled out, more than forty years ago. For McWorld, it is the antipolitics of globalism: bureaucratic, technocratic, and meritocratic, focused as Marx predicted it would be on the administration of things—with people, however, among the chief things to be administered.

In its politico-economic imperatives McWorld has been guided by laissez-faire market principles that privilege efficiency, productivity, and beneficence at the expense of civic liberty and self-government.

For Jihad, the antipolitics of tribalization has been explicitly antidemocratic: one-party dictatorship, government by military junta, theocratic fundamentalism—often associated with a version of the Fuhrerprinzip that empowers an individual to rule on behalf of a people. Even the government of India, struggling for decades to model democracy for a people who will soon number a billion, longs for great leaders; and for every Mahatma Gandhi, Indira Gandhi, or Rajiv Gandhi taken from them by zealous assassins, the Indians appear to seek a replacement who will deliver them from the lengthy travail of their freedom.

How can democracy be secured and spread in a world whose primary tendencies are at best indifferent to it McWorld and at worst deeply antithetical to it Jihad? My guess is that globalization will eventually vanquish retribalization. The ethos of material "civilization" has not yet encountered an obstacle it has been unable to thrust aside. Ortega may have grasped in the s a clue to our own future in the coming millennium. But as always happens in similar crises—some people attempt to save the situation by an artificial intensification of the very principle which has led to decay.

This is the meaning of the 'nationalist' outburst of recent years The last flare, the longest; the last sigh, the deepest. On the very eve of their disappearance there is an intensification of frontiers—military and economic. Jihad may be a last deep sigh before the eternal yawn of McWorld. On the other hand, Ortega was not exactly prescient; his prophecy of peace and internationalism came just before blitzkrieg, world war, and the Holocaust tore the old order to bits. Yet democracy is how we remonstrate with reality, the rebuke our aspirations offer to history.

With its concern for accountability, the protection of minorities, and the universal rule of law, a confederalized representative system would serve the political needs of McWorld as well as oligarchic bureaucratism or meritocratic elitism is currently doing.

As we are already beginning to see, many nations may survive in the long term only as confederations that afford local regions smaller than "nations" extensive jurisdiction. Recommended reading for democrats of the twenty-first century is not the U. Constitution or the French Declaration of Rights of Man and Citizen but the Articles of Confederation, that suddenly pertinent document that stitched together the thirteen American colonies into what then seemed a too loose confederation of independent states but now appears a new form of political realism, as veterans of Yeltsin's new Russia and the new Europe created at Maastricht will attest.

By the same token, the participatory and direct form of democracy that engages citizens in civic activity and civic judgment and goes well beyond just voting and accountability—the system I have called "strong democracy"—suits the political needs of decentralized communities as well as theocratic and nationalist party dictatorships have done. Local neighborhoods need not be democratic, but they can be. Real democracy has flourished in diminutive settings: the spirit of liberty, Tocqueville said, is local. Participatory democracy, if not naturally apposite to tribalism, has an undeniable attractiveness under conditions of parochialism.

Democracy in any of these variations will, however, continue to be obstructed by the undemocratic and antidemocratic trends toward uniformitarian globalism and intolerant retribalization which I have portrayed here. For democracy to persist in our brave new McWorld, we will have to commit acts of conscious political will—a possibility, but hardly a probability, under these conditions.

Political will requires much more than the quick fix of the transfer of institutions. Like technology transfer, institution transfer rests on foolish assumptions about a uniform world of the kind that once fired the imagination of colonial administrators. Spread English justice to the colonies by exporting wigs. Let an East Indian trading company act as the vanguard to Britain's free parliamentary institutions. Today's well-intentioned quick-fixers in the National Endowment for Democracy and the Kennedy School of Government, in the unions and foundations and universities zealously nurturing contacts in Eastern Europe and the Third World, are hoping to democratize by long distance.

Post Bulgaria a parliament by first-class mail. Cable Cambodia some common law. Yet Eastern Europe has already demonstrated that importing free political parties, parliaments, and presses cannot establish a democratic civil society; imposing a free market may even have the opposite effect. Democracy grows from the bottom up and cannot be imposed from the top down.

The former Soviet Union may become a democratic confederation, or it may just grow into an anarchic and weak conglomeration of markets for other nations' goods and services. In this revealing book, Martha Brill Olcott looks at the evolving role of Islam in Uzbekistan, and the intertwined nature of religion, the state, and society in that country. Central Asia's Second Chance. Author Martha Brill Olcott.


Fiction Fiction Drama. Part One. Despite the mutual hostility, from the first Islam endorsed a great deal of Judeo-Christian theology and adopted many of its practices.

Part Two. Europe's recovery owed a huge debt to Islamic civilization. Battered by both East and West the early enlightenment failed and theology triumphed. Some fifty articles are now available as a book. For your copy order:. Not All Desert. 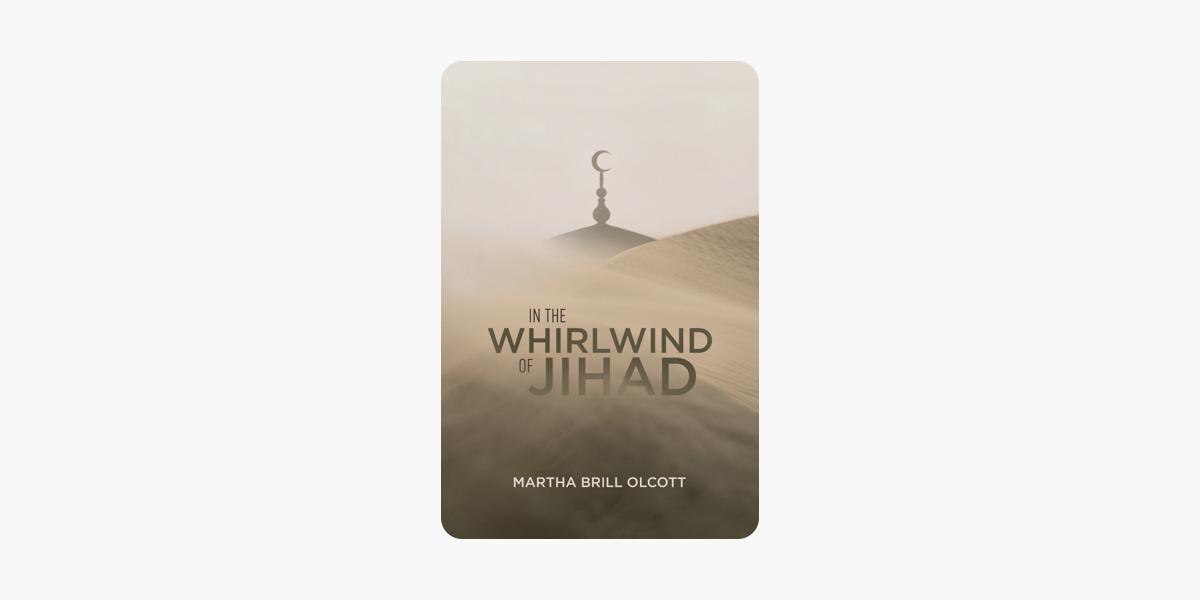 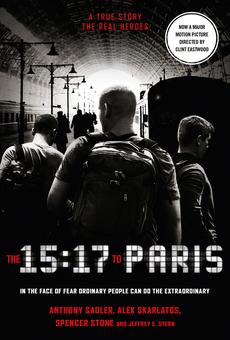 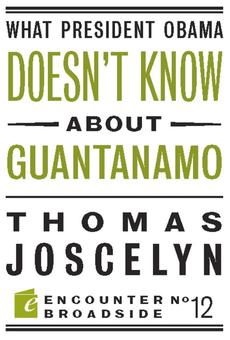 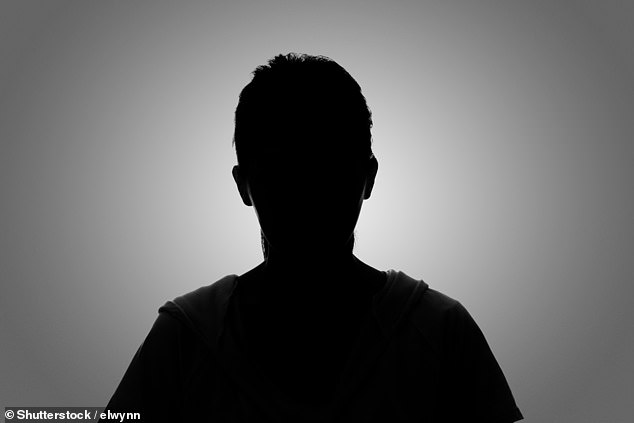 Related In the Whirlwind of Jihad